Here´s a piece of Photoshop painting that I have been doing in the spare times. I included also some of the process stages that I went through. 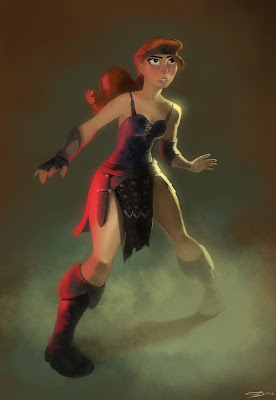 Anna is a character featured in my comic book “Attack of the Flip” that I did last year.
I had this sketch of her , just to keep the continuity of the clothing , as a one-sheet model sheet… 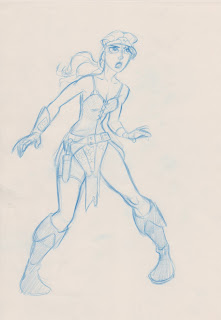 Then I decided that I liked the pose and scanned it to maybe one day give it some color and stuff..
Played a bit with the perspective here and there, and tried to get a more badass look in general, adding a bow , but I ultimately decided against it. 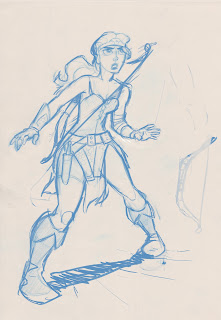 Months later… I finally started painting!! just for fun I did a very rough color pass in one layer and went on from there…Then zoomed in and slowly worked the individual areas. 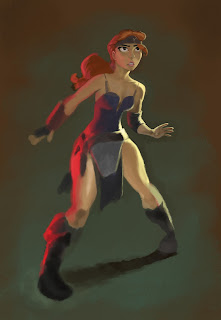 The inspiration comes from various sources but probably the videogame Skyrim was the most influential. I just love this sword and fantasy themes and I enjoyed a lot giving my own take on that on this illustration. I hope you guys like it!, and if you do, leave some comments , they are greatly appreciated!