In a city of anthropomorphic animals, a rookie bunny cop and a cynical con artist fox must work together to uncover a conspiracy.Directed by Byron Howard  and Rich Moore, also co directed by  Jared Bush . And the voice talents of Ginnifer Goodwin and Jason Bateman .It was such a pleasure to work in this movie, although the schedule became quite crazy due to big story changes. The character designs are so fun and appealing that it was just a joy to bring them to life. One of the responsibles of such fun character designs is the amazingly talented Cory Loftis , who supervised the characters in this movie.

The movie has surpassed the 1 billion dollar mark since its release in February 2016 . It has become the second highest-grossing Walt Disney Animation release, after Frozen.

Here's me with Nick and Hopps! 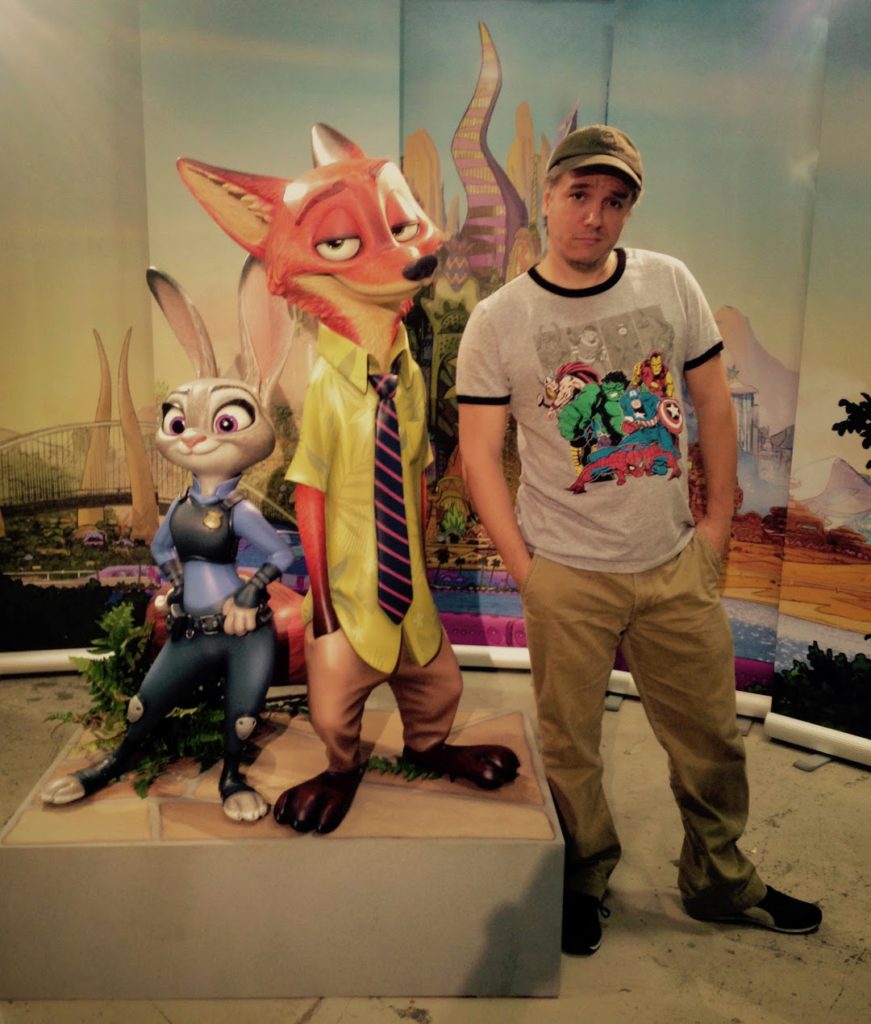 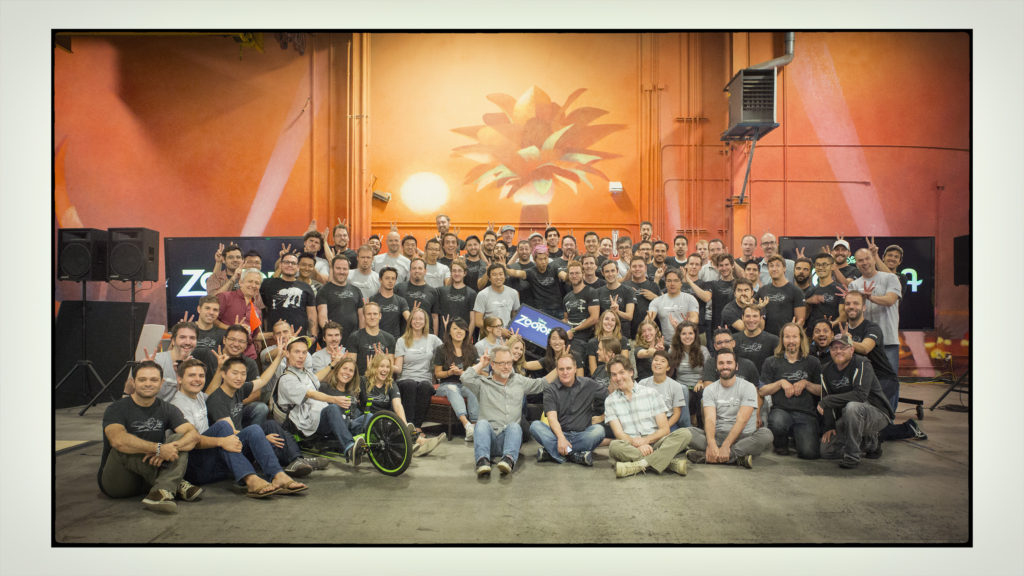 The animation crew with the directors

Animating the lemmings scene was so complex!! In CG animation one of the toughest things to do is have characters grab stuff with their hands. Ever more complicated is to have the character giving something to another character. This scene had all this problems multiplied by 20 , which was the total number of lemmings in the first shot. 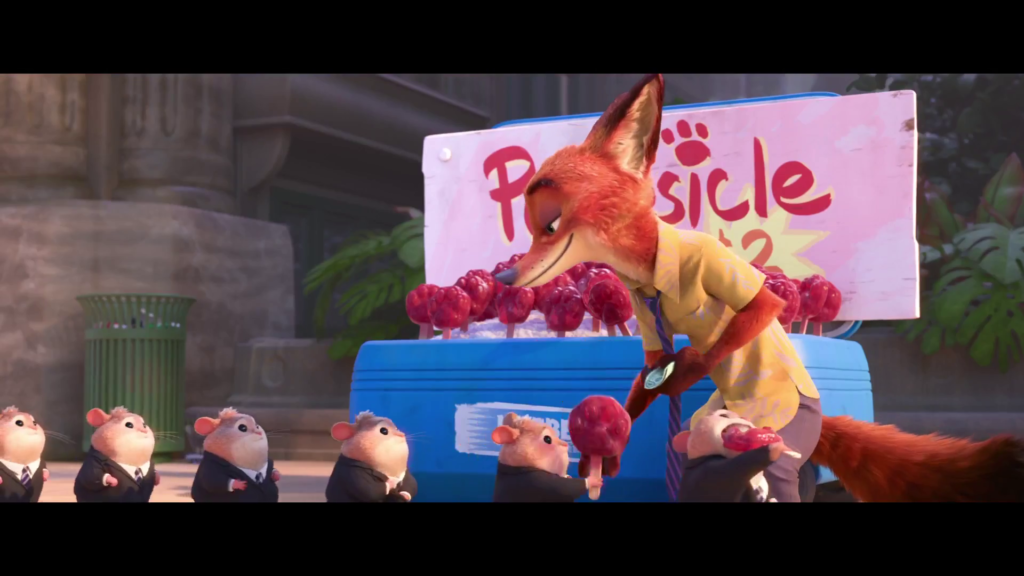 Each of the Lemmings are giving Nick a dollar ( a Zollar) to purchase the "pawsicle", so the dollar bill was attached to the hand of the Lemming, and travels to the hand of Nick. After that, the dollar bills settle in Nick's hand and they stack into a pile. Technically it was a nightmare to accomplish such seemingly simple action. This action had to be repeated for the duration of the shot in a perfect cycle so the speed in which the Lemmings walk was crucial to make the whole machinery work. If they were too slow Nick looked like he was moving in slow motion , not dynamic at all. But also if they were walking too fast there is no enough time to register all the actions needed.

One of my shots is a word-less reaction of Hopps, that has been used as a internet reaction gif. Perfect for any occasion where you feel annoyed with your boss or any other frustrating circumstances.

Here's a picture from the wrap party that we celebrated in the Dorothy Chandler Pavillion! 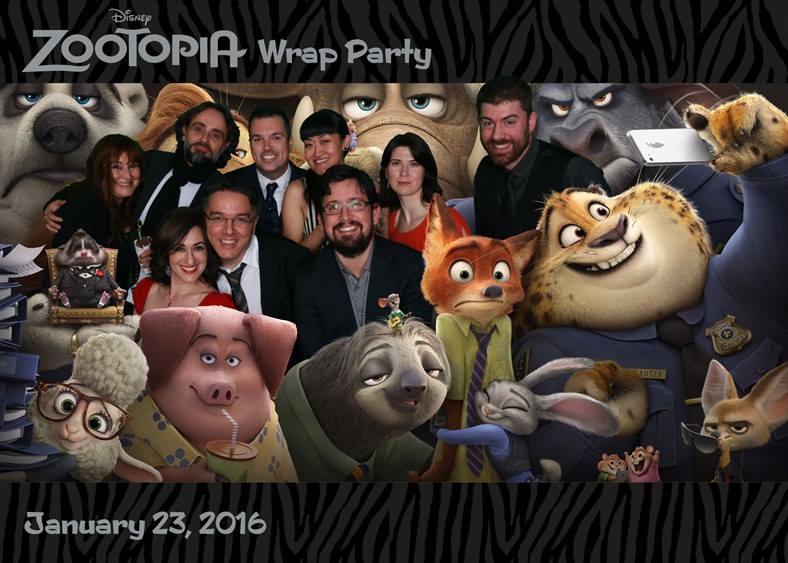 Insubordination! This is probably one of the most difficult shots I've done. The acting in it had to be more subtle and contained that what I'm used to.Chief Bogo is really annoyed , and very severe to Hopps, but at the same time he tries to contain himself , and that was the hard part. I struggled a lot trying to make Bogo really tense but without big movements and keeping his motions very restrained.

Here's a gallery of thumbnails and sketches done during the production of Zootopia! 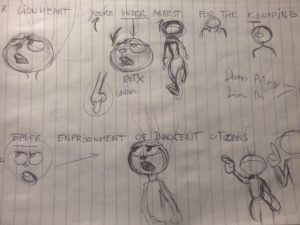 Studies for Hopps in the shot :”You were just trying to protect your job” 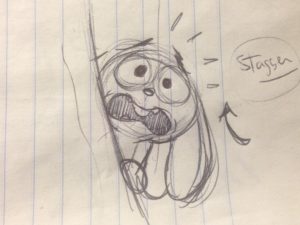 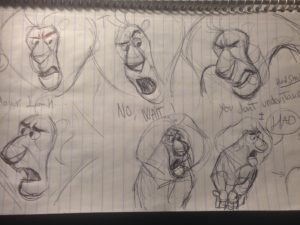 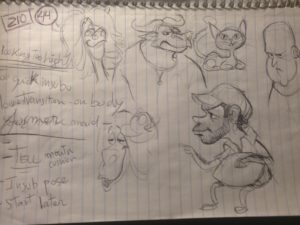 Random doodles and a Renato do Sanjos caricature 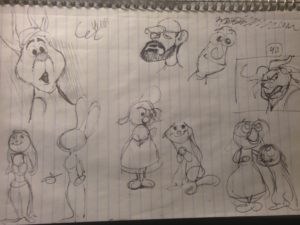 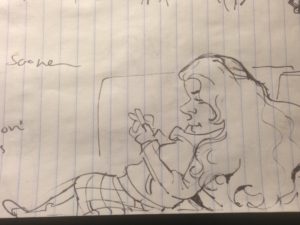 Caricature of Svetla Radivoeva in a meeting. 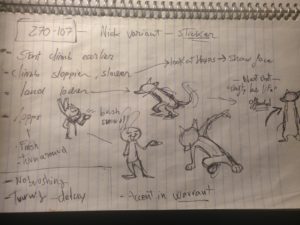 Studies for the shot where Nick jumps the fence. 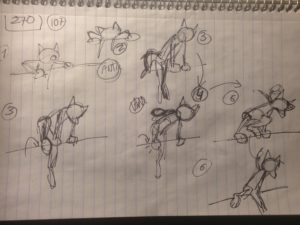 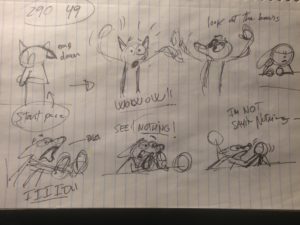 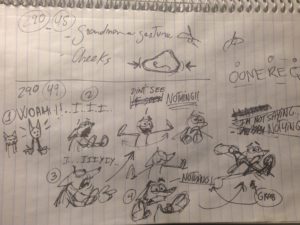 Exploring gestures and key poses for Nick on the “Mr Big “sequence. 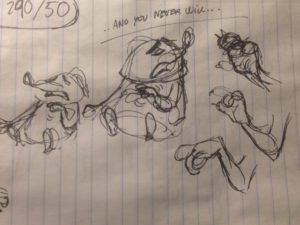 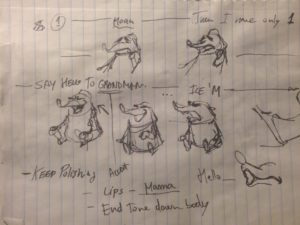 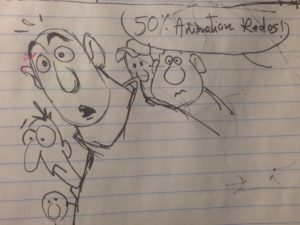 The crew reacts to 50% of animation redos..! 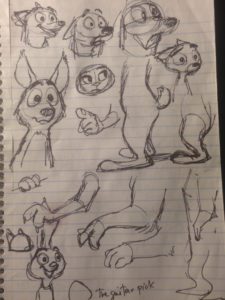 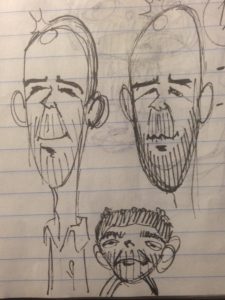 Caricatures of animation directors Tony Smeed and Renato do Sanjos

Thumbnails for the Lemming brothers scene. 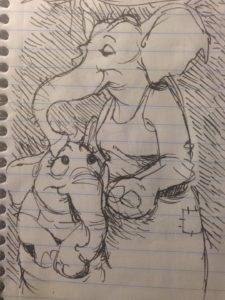 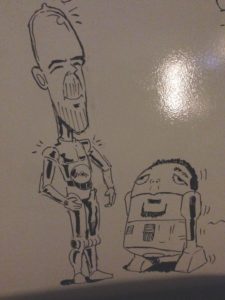 Caricature of Tony Smeed and Renato do Sanjos , the animation directors 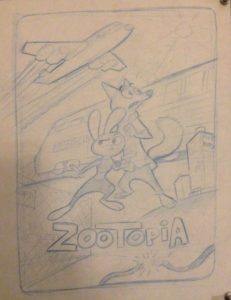 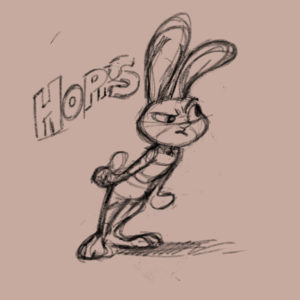 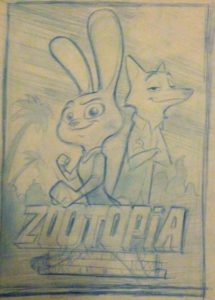